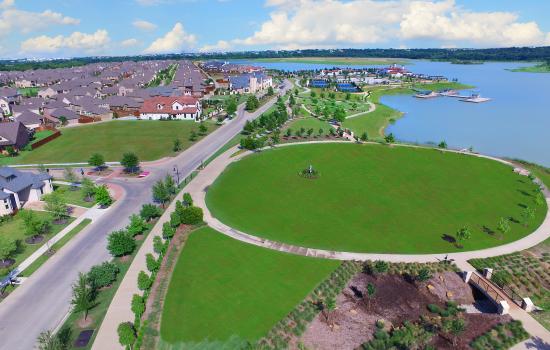 Viridian is ranked No. 26 on the national list with 240 home sales so far in 2018 — an increase of 52 percent from the 158 new home sales reported by Viridian through the middle of last year. Viridian was ranked No. 49 on the RCLCO 2017 mid-year report, the first time it had been included in the national ranking.

“We are seeing strong sales across all price points in Viridian,” said Robert Kembel, general manager of Viridian. “It speaks to the quality of our builders and the strength of our amenities and lifestyle here.”

Lifestyle was a draw for Amy Powell, who moved to Viridian June 1 from Euless.

“There is always something to do here,” she said. “You don’t have to go out looking for things to do. We’ve just moved here, and I’ve already attended Wine Down Wednesdays and the Fourth of July celebration. I’m looking forward to Bunco this month.”

Organizing the more than 100+ events held in Viridian each year is a Director of Fun who hosts many events at Viridian Lake Club — a resort complex that includes five pools, an event center and a sailing center. Residents also enjoy proximity to a number of community parks such as Fossil Park, Arrowhead Dog Park, Veterans Park, Kite Hill and the new Storm Park.

Ten builders and three custom builders offer homes priced from the $250,000s to $2+ million in Viridian, a project of Johnson Development Corp. Announced earlier this year is Elements at Viridian, a 141-acre neighborhood for adults age 55 and older that is expected to open later this year. Viridian is one of six Johnson Development communities included on the RCLCO report — the most of any developer in the nation.