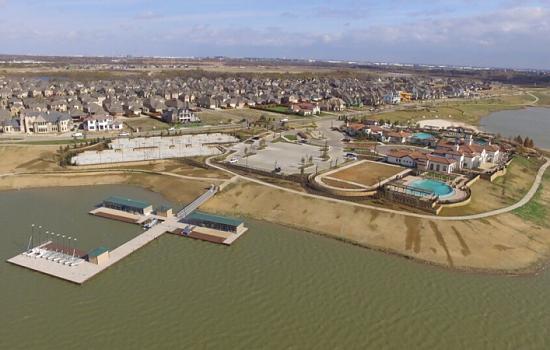 (Arlington, TX – April 17, 2018) -              Following a year that saw sales double in Viridian, the Arlington master-planned community is again setting records, with a 74 percent increase in home sales during the first quarter of 2018 compared to the same time last year.

Builders sold 120 homes in the 2,000-acre development during January, February and March compared with 69 sales during the first three months of 2017. The number of homes sold during the first quarter of 2018 is nearly half of the 287 homes sold for all of 2017.

“We saw tremendous growth last year, and it’s just not slowing down,” said Robert Kembel, general manager of Viridian. “While the robust Dallas economy is certainly a factor, people are buying in Viridian because we are fulfilling our promise of providing an outstanding lifestyle 20 minutes from downtown Dallas and downtown Fort Worth.”

Viridian broke ground in 2011 and was purchased in 2015 by Houston-based developer Johnson Development Corp. Today, more than 1,100 families live in Viridian.

“When we purchased Viridian in 2015, we knew that this community was unlike any other in the Dallas-Fort Worth region,” said Larry Johnson, Founder and Chief Executive Officer of Johnson Development. “The original vision for Viridian and its execution fits snugly with our focus to create communities that celebrate life.”

Designated a Certified Gold Signature Sanctuary by Audubon International, Viridian encompasses five lakes, open spaces, trails, rivers and wetlands. Residents enjoy a sailing center on Lake Viridian, the Viridian Lake Club with five pools, an event center and a park system that ensures no home will be more than 700 feet from a park or open space. Coming later this summer is Storm Park, a $2 million park amenity that could be the best in class, Kembel said.

Ten production and three custom builders offer homes priced from the $250,000s to $2+ million in Viridian. Also under development is Viridian Elements, a 141-acre neighborhood for adults age 55 and older.