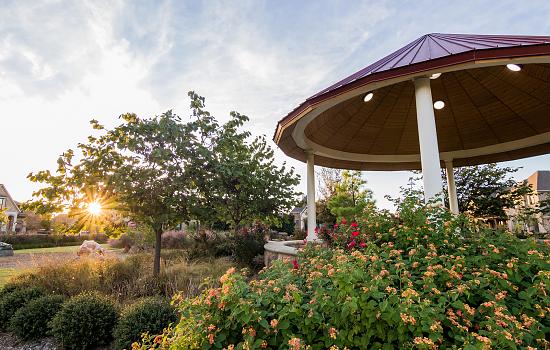 Viridian felt like home to the Shen family – from the first moment they toured the master-planned community located in Arlington.

“It was like falling in love on first sight,” Sharon Shen said.

She and her husband Richard are the 1,000th homebuyers in the development. They closed on their house at the end of December – and plan to move in once the builder completes all the final touches.

Sharon and Richard both worked at the University of Oklahoma in Norman, she as an administrator and he as a professor.

Richard is now preparing for a new post at University of Texas at Arlington.

The couple took several trips to Texas in search of the best home for them.

“We came quite a few times to Arlington and to Plano,” Sharon said. “We couldn’t decide on which area.”

Then, one day while Richard was in a conference at work, Sharon took a tour of Viridian and was immediately smitten.

Sharon connected with several faculty members at UTA who urged the couple to move to Viridian.

“They told us the history of the development and that the community is so welcoming,” Sharon recalled. “They had tons of good things to say – and it wasn’t just from one person, it was from a number of Viridian residents. That really made a huge difference.”

Plus, the Shens are bringing both of their mothers to their new home – so having a tight-knit community, close to the amenities, was important to the couple’s decision-making. Viridian’s central location – right next to a bustling town square with retail, business and medical offices – was a perfect fit.

“I loved the parks, the clubhouse, all the activities offered,” Sharon said. “Then I went to the HOA office and saw the calendar of events. I knew this would help me, my mother and mother-in-law connect to our neighbors.”

Viridian’s 2,000 acres features five major lakes, 500 acres of open space and an additional 500 acres of lakes, rivers, streams and wetlands, as well as miles of nature trails connecting to the River Legacy Park and the Living Science Center.

“The trails are so nice, and the whole area is just beautiful,” Sharon said.

She’s looking forward to making new friends in Viridian – and participating in the numerous events planned throughout the year.

The Shens selected a house from Drees Homes – and were impressed with the products the custom builder had to offer.

“We found one that we really liked,” Sharon said. “We decided in one day. We really appreciate our builder – and what the developer did with this community. We’re excited to meet people living in the neighborhood. It’s a wonderful community – and it’s going to be a great start for the New Year.”