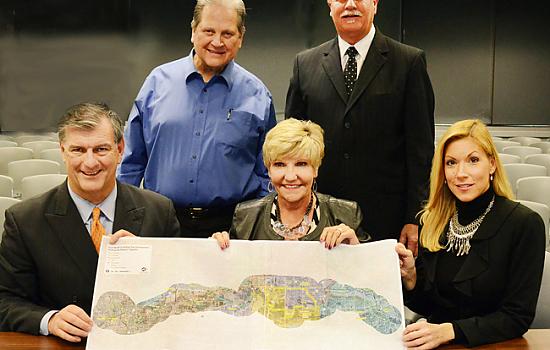 A dream to make biking and walking safer between Dallas and Fort Worth is close to becoming a reality, thanks to a partnership involving five area cities. The goal: connect downtown Dallas and downtown Fort Worth with an uninterrupted, 64-mile stretch of bike trail that runs through Viridian in Arlington.

Arlington Mayor Robert Cluck is excited about the project, which will make travel through the City easier and safer for those wishing to bike or walk.

"In the City of Arlington, we are constantly looking for new ways to encourage the community to sustain an active lifestyle," he said. "Bicycling contributes to strong cardiovascular health, which is critical to getting your heart rate up and increasing blood circulation throughout the body."

Approximately 30 miles of the proposed trail already exists in the form of municipal trails like the ones running along the Trinity in Arlington and Fort Worth. Another 10-mile stretch already has funding for construction.

According to NTCOG, it will take $30 million to build the remaining 24 miles of trails. Over the next several years, regional and local funding — which has yet to be identified — will be used to create the continuous network, providing easier access to parks, nature area, schools and neighborhoods in the five cities.

The mayors will continue to work to coordinate efforts between the cities, while NTCOG and the Regional Transportation Council will identify funding and plan for completing critical trail connections.

At the moment, there is no timetable for the project.